Tasmania – the marvellous island state to the south of mainland Australia. The more you discover about this magical place, the more you’ll find there is yet to discover.

Ah what a place! History, scenery, food, wine, some great driving roads, and nothing is all that far away from anything else in the state.

The first question that you’re likely to ask is, When Is The Best Time To Visit? Well, each season offers travellers something different, so it depends what you’re after. Click on the link to find out what I love most about each season.

If you’re lucky enough to live in Victoria, best way to get there (by far, I think) is on the Spirit of Tasmania (I or II) that travels between Devonport and Port Melbourne. It’s a very relaxing way to arrive, and not only can we fit all our luggage in the car – there’s always enough room to bring Tassie goodness back!

However, I appreciate that flying to Melbourne, hiring a car here and making your way to Port Melbourne to get on the ferry may not be the most efficient (or appealing) way to start your holiday if you live further away.

Read more and see photos on my page How To Get To Tasmania.

Given the majority of tourists fly to Tasmania, and most of those will probably arrive at Hobart airport, I will start at the state’s capital.

If you have time to head out of Hobart to explore the rest of the state there are three main options:

I shall do my best to describe the places we’ve been. The pages are listed below in a roughly anticlockwise direction around the island.

That brings us more or less full circle around the state! As I’ve pointed out, there’s much more to see and do than just what I’ve written. Every time we go we seem to find another place or two to add to the list of places that we must go back to.

Although they’re called National Parks, each state manages the parks in its own boundaries. To visit a National Park in Tasmania you will need to buy a pass. This Parks & Wildlife Service Tasmania page details how you can go about doing that, either before you go or while you’re there. Not all National Parks have a visitor centre that you will be able to buy a pass from when you turn up – I recommend organising a pass ahead of time. We have a 2 year vehicle pass which covers not just both of us, but if the MINI were able to fit another 6 people, it would cover them too! (Note: the vehicle pass only covers the people actually travelling in the vehicle.)

If you think you’ll be interested in stepping out of your vehicle at some point (and I’m only half joking – a lot of people drive to the car park and think they’ve ‘seen it’), there’s a 60 Great Short Walks app that you can download (free!) to your iPhone/iPad  from iTunes, or you can pick up a book or pamphlet from a Tasmanian Parks and Wildlife Service centre (while you’re buying your Parks Pass) to get an idea about what walks are available in the state. 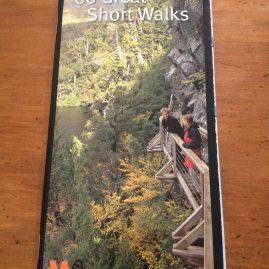 There are great short walks all over the state! 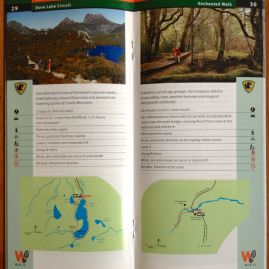 Six things to watch out for:

1. Wedge-tailed eagles or other large birds flying straight at your windscreen (they were feeding on roadkill and didn’t hear us coming around the corner. One decided that the best flight path was straight towards our car.)

2. Car-lifting kangaroos (we haven’t seen any, but there are plenty of road signs warning of them) 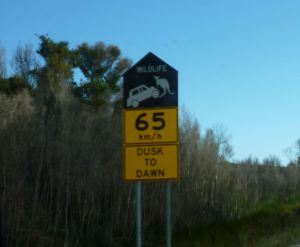 3. Random potholes (the ones you don’t see because you’re looking out the window at the view will be the deepest, naturally) and random bumps in the road (there was one unforeseen bump on the coast road to Strahan that we think we got a bit of air under the tires and made Stephen hit his head on the roof of the car!)

4. Tasmanian Native Hens – we’ve nicknamed them Tassie Road Runners, as they’re a bit like the eagles (point 1 above); they like to play games with cars. On a previous trip, two hens were on the edge of the road – a few easy steps to the left and they would have been perfectly safe. But no – after a half a second, one decided the other side of the road would be better and raced across. Fortunately it made it. So, why did the Native Hen cross the road? To see if it could beat the car, of course! 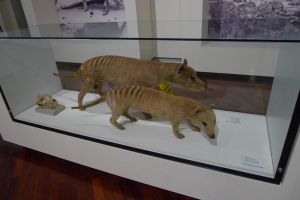 6. Lastly, and on a serious note, please slow down and take care if you’re driving at dusk or night as there’s a lot of wildlife out there with no traffic sense. 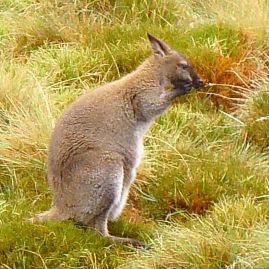 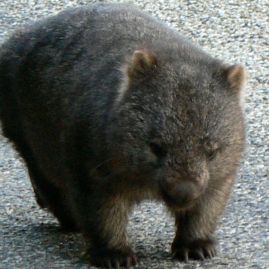 3 thoughts on “Tasmania – A Treasure Island”